What is an Unmanned Surface Vehicle (USV) 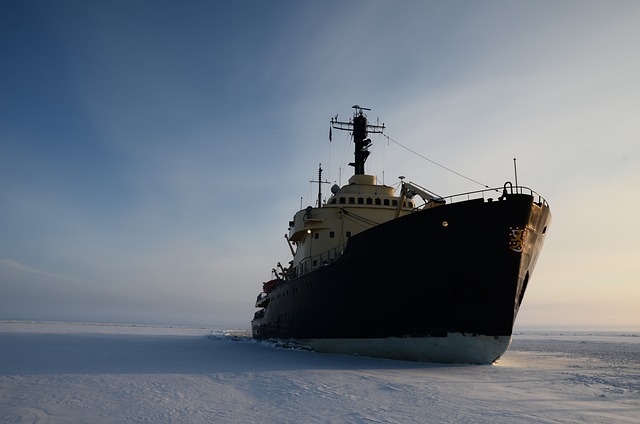 These vehicles can be as small as a hobby boat or as large as an oil tanker. Most other USVs are developed with GPS tracking, ISR systems, IEEE robotics, sonar, and other sensors that allow them to navigate autonomously. Some USVs can also be controlled remotely by a human operator.

In addition, they offer a number of advantages over traditional manned vessels, including cost-effectiveness, collision avoidance, greater flexibility, and reduced risk to human life. These robot boats will certainly become more significant in our lives as USV technology develops.

What is an Unmanned Surface Vehicle Used For?

Waterborne vessels that are remotely controlled and are modified to operate underwater are known as anti-submarine warfare.

In Waterborne vessels, Propulsion and power are typically provided by gas turbines or diesel engines. For Propulsion and steering, some USVs use propellers, and others use thrusters.

What are USV Applications

The primary military use of unmanned surface vehicles is to serve as a mobile target on the sea for military training and defense system testing. These vessels are powerful, steady, swift, stealthy, and incredibly agile.

Unmanned surface vehicles (USVs) offer a versatile and effective solution for various marine applications. They can be equipped with a range of sensors and payloads to suit the application’s specific needs and can operate independently for long periods of time.

USVs are also becoming increasingly popular for naval applications such as anti-submarine warfare, imaging systems, and mine detection.

Another important use of USVs is to regulate industries and collect data for commercial organizations, including counting fish stocks and reducing overfishing through commercial sea fishing, sometimes in conjunction with unmanned aerial vehicles or remote sensing technologies.

Among other applications of an unmanned surface vehicle, the hydrographic survey is the most popular and well-developed application.

However, the autonomous control system technology of small USVs for hydrography surveying can free personnel from such repetitive, laborious tasks.

There has been an upsurge in employing autonomous patrol boats in severe conditions where precision, endurance, and dependability are essential for reconnaissance and surveillance. Customers from the maritime and border forces collaborate to create unmanned patrol boats.

In the oil and gas business, unmanned surface vehicles are utilized for various detection, surveillance, and facility inspection forms. These include routine maintenance, such as examining oil pipes and rigs, and emergency responses, like discovering damage during oil spills, etc., which require technological work.

And in this case, unmanned surface vehicles are of great help. They are fully automatic control; consequently, they may completely replace human labor in the specific task they are designed for.

USVs, or these uncrewed surface vessels, offer a safe and cost-effective alternative to traditional manned vessels that can easily operate in remote or dangerous environments of the gas and oil pump sites.

To give you better insight into the matter, here’s a brief description of the parts a USV can work on,

Oil pipelines are generally kilometers long and frequently risky for human control. However, according to the industry’s stringent standards, these inspections must be conducted promptly to prevent catastrophic incidents.

This is where unmanned vehicles for inspection come into play. These autonomous drones are outfitted with cutting-edge gas detection and thermal scanners that can detect gas leaks and anomalies within seconds.

These drones eliminate the requirement for human intervention when used in conjunction with a leak-detecting system.

Nothing is more detrimental to the environment than oil spills. Oil spills are produced by leaking pipelines or other faults on oil rigs that cannot be remedied by inspection or maintenance. The next step must be to limit the oil spills so that they inflict as little harm as possible.

Monitoring flare stacks is one of the most hazardous tasks at an oil and gas complex. Flare stacks are utilized to burn off surplus gas that accumulates in safety valves during unanticipated over-pressurization.

Despite their controlled combustion, these stacks are known to spiral out of control swiftly and require regular monitoring and, on occasion, shutdowns.

As Machine Learning technologies advance, however, USVs will be able to collect data surrounding an oil rig and analyze it for potential threats.

Why Choose an Autonomous Surface Vehicle?

Unmanned surface vehicles can be used in any kind of water environment. They can be used in lakes, rivers, bays, and oceans. The only requirement is that they have enough buoyancy to support their weight. This can be done by filling them with gas.

These USVs can be very useful in many applications, such as underwater archeology, search and rescue, and survey and monitoring; they are also useful for military operations.

There are different types of USVs depending on their size, type of Propulsion, and the mission they will perform.

Unmanned surface vehicles save large sums of money by eliminating the need for a boat crew to travel on surveyors. These machines also reduce the cost and stress for those working onboard the boats.

UAVs are unmanned surface vehicles that give you continuous, accurate, and detailed real-time landscape views, giving you the information you need to decide where and when to invest. Also, it is easy to transport from one site to another, significantly reducing working time.

The unmanned surface vehicle is safer.

Surveying dangerous and complex routes increases safety on the vessel. Without individuals in the vicinity, there are fewer opportunities for a catastrophic accident.

Throughout the log post, unmanned surface vehicle technology was originally developed for military purposes and complex missions, but it has now been applied to a variety of civilian applications.

The majority of unmanned vehicles are developed with GPS tracking, ISR systems, IEEE robotics, sonars, and other sensors that make them autonomous.

In the near future, these kits will probably be used to convert manned vehicles performing repetitive and dangerous missions.

Throughout the blog post, we tried to give you a thorough insight into what is an unmanned surface vehicle and its various applications, which we hope have been helpful to you.

What is the purpose of a USV?

An uncrewed or unmanned surface vessel performs tasks on or around Water without endangering human lives.

What are UAVs and USVs?

What are unmanned coastal defense vehicles?